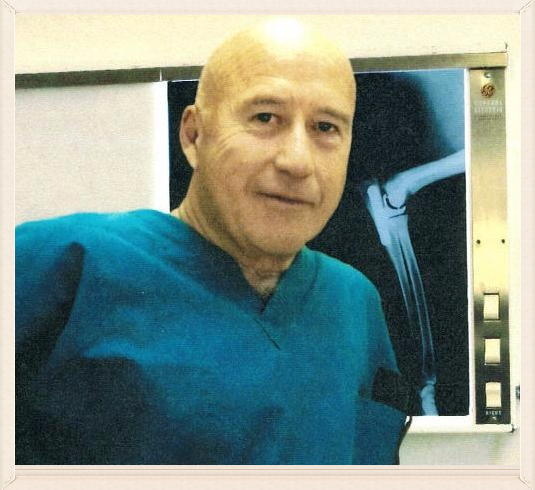 After earning his degree in Veterinary Medicine from Colorado State
University, Dr Ralph H Lewis came to California to take a job as the State
Veterinarian. Not long after working as the State Vet he met Dr Don Wasson,
who had a practice on Main Street in Lakeport. Dr Wasson offered Dr Lewis
a position in his clinic, it was only a short while after that Dr Lewis moved
his wife and two sons here to Lake County. Dr Wasson retired and Dr Lewis
with the help of his wife, Toni, took over the practice.

In 1973 Dr Lewis and John Paul Jones, Jr, MD started researching total hip
replacement in animals. Together they founded the Diagnostic Osteonecrosis
Center (D.O.C.). The first total hip unit put into an animal was 1976. Dr
Lewis was responsible for the development of the first successful canine total
hip prosthesis used in the United States. He pioneered the development of
the canine total knee and elbow.

In 1979 Dr Lewis moved the practice from Main Street to its current location
and named it Wasson Memorial Veterinary Clinic, in memory of Don
Wasson, DVM.
Ralph H Lewis, DVM, passed on in October of 2002.

Note:
I don't believe that I can do Dr Lewis or his life true justice in a few words about some of his accomplishments. To truly grasp the impact he made on the people who had the honor of working with and for him, is to see them carry on his work ethic, his witticisms, his jokes. To see their faces light up and smile when they talk about him, their shared memories. I unfortunately started working at Wasson a year after Dr Lewis's passing, so I did not know him personally, but I can begin to understand what a remarkable person he was thru my co-workers memories and tales of his antics.
Kristine Beecher